Yeah, I could take shots in front of other book cases, but this is the one with the newer books.

What am I writing for Young Adults? It’s so kind of you to ask.

Queen of Wands, Young Adult novel, deep in edits. Here’s my elevator pitch, leaving out one key ingredient because, right now, it’s what makes my character’s journey different from what’s out there in YA lit:

Nikko. Former rich boy. Her crush. The only person in Columbus, Ohio, who believes his stepmom murdered his dad.

Apart, they’ll never free themselves from their fates. Together, they’re dead.

Solve for x, Young Adult novel: Sixteen-year-old Marissa gets visions of her friend 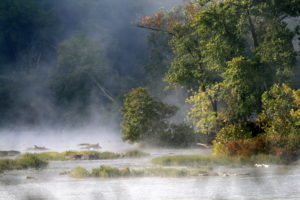 ‘s childhoods, snippets that help her understand them, help them, look out for them. But the one vision she wants, one that would solve the equation why she has no memories before she entered the foster system at age eight, she never gets them. When a news clipping shows up in an unmarked envelope, she could be looking at herself at age eight…if she were blonde. Now that she has the first variable, she won’t let anything stop her from finding her memories–not even the witch Baba Yaga. Then the secret government division MILC (Magic, Incantations, Legends, and Curses) blackmails her into joining them to finally bring down the witch.

Will (MILC tech) x (budding magic) x (her mathematics) = the mathemagics to destroy Baba Yaga, or her foster sibling instead?

I finished the rough draft on the most auspicious day–April Fool’s Day. The novel ran long at 86,000, but it’s the first draft. It’s on hold in favor of Queen of Wands

River Daughter: When you’re so angry that you cast away your old life without a plan, you better be sure that your old life is ready to let go of you. If you’re rebellious Isabella, you’ll have one other problem—walking on two legs isn’t the norm for a mermaid. This, my first novel, came from the sing-song poem I created back when I trained to race bicycles, and I needed distractions from the pain of hard riding:

She sang a song that would make your heart break
she sang of pain, anguish and ache.

Two lovers she’d had, both lost to the sea
and I, it seemed, would be number three.

This fantasy launches from Greek mythology. It ran long, but it was my first completed novel: 118K. It’s on hold as I devote attention to Queen of Wands 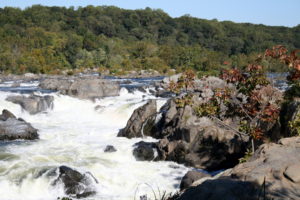 Have you ever heard of a suicidal troll? If it’s the last thing she does, Onyx will take down the bridge she and her sister are cursed to call home, feeding on the unwary hikers who stumble upon it. To succeed, she’ll need more than her monstrous strength.

At 3,000 words, this short story tends to a darker side than I usually write. I entered a much shorter version in one of the FlashMonster contests. 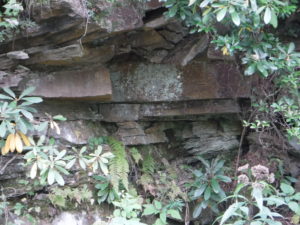 I’ve reworked “Simple as a Sneeze,” a 5,000 word Young Adult story about a sneezing curse. But a curse doesn’t have to be curse, if you’re smart enough to turn it around and use it. It’s up to Princess Jo-Jo to figure out how. No one else is going to save her parents’ kingdom.

When I first wrote this some fifteen years ago, I fell into the pattern I learned growing up: female writers write male characters, so the boys will read. Maybe I want the boys to read. But I really want the girls to read.

I’ve written so many other pieces over the years, several of which I’m actively working, or have in solid drafts. Two in particular were strong enough to place second, or to win, heats in the 2016 NYC Midnight Short Story Challenge, where 2,100 writers were trimmed to 40. I was one of those 40. In 2019, I finished 18th of 4,650 participants. In that final round, when prompts dropped at midnight (Character: Gravedigger; Subject: Side Effects; Open Genre), we had 24 hours to write our short story of no more than 1,500 words.

Belonging to multiple writing communities, including Romance Writers of America (RWA), Central Ohio Fiction Writers (an RWA chapter),  and North Columbus Fantasy and Sci-Fy, I have that enthusiasm to nudge my best babies into the world.

So many characters fill my mind, clamoring for their stories to be told. I insist they wait their turn while I work the novels. However, characters full of Sass and Heart, with Magic brimming from them, have a way of expressing themselves even if I’m not ready!