The Luck of the Prompts, NYCM SSC R2

To my delight, fate delivered historical fiction. Years back, more than a decade at this point, I’d started but abandoned a novel about a Civil War ghost, Confederate soldier Mason, who becomes friends with sixteen-year-old Brie when she cools down from her runs in his mausoleum. Back then, I didn’t understand that for novels I needed the bones of an arc in order to write—in other words, I’m a “plotter.”

This brings me back to fortuitously drawing historical fiction. In May, I’ll arc out Mason and Brie’s story. To that end, I’d recently purchased Ken Burns’s highly acclaimed documentary series, The Civil War. I’d purchased several books that dozen years back, before I shelved the novel. 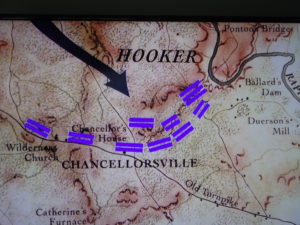 I treated the competition as an exercise in figuring out my ghost’s back story, but within the context of the two-thousand word story I needed to crank out in seventy-two hours, while hitting the other two prompts: A Tunnel; a New Father.  According to rules, both have to be integral to the short story.

I brainstormed, coming up with the spin I wanted on the tunnel—a tunnel spider’s web would give Mason a brilliant idea for a war tactic. Through my research, I discovered who the new father needed to be, and I understood what mistake would condemn Mason to ghostdom; the battle, at Chancellorsville. But the tunnel spider aspect, I didn’t see how it would fit.

I dove into the documentary, both aghast and riveted by the war as Burns explored it. I continued my online research in parallel, trying to form an idea that would seem realistic within this historic event. Yet with thirty hours expended, I’d yet to write anything within the story. My notes didn’t spark the story. 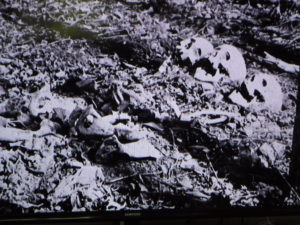 Skeletons, 1862 Battle of Chancellorsville, captured during the 1863 battle at the same location. winter rains had washed open the shallow graves. –Used in The Civil War, by Ken Burns

As my math geek, Marissa, would tell me, you have to abandon your theory if you can’t prove it. I ditched my tunnel concept, grabbed one that I still hoped no one else would use, and got to writing—thanks to this image from the documentary.

Through the help of writer friends, who beta read my second draft, I had fantastic contributions to strengthen it. By draft four, and another round of beta reads, my story deepened. The arc satisfied the readers. With read-alouds, I fixed more places where the flow stumbled; I cut more ideas to fit word count.

I submitted my short story, “Gossamer Dreams,” with more than an hour and a half to spare. Even without the spider web of the original tunnel, I still worked the web in; with beta reader feedback, I deepened the metaphor of the ephemeral dreams we hold. I did my favorite trick for an ending, writing so that a reader can interpret where the story heads next.

Here’s the logline, or a short way to describe the story:

I didn’t pay attention to the hullabaloo of politicians clamoring to free slaves, not until the damned Yankees raided my hiccup of a farm, stole my cows, and killed the chickens in spite. Walking with Hazel would have to wait until I taught those Yankee dogs some manners. 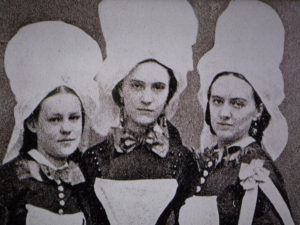 Confederate nurses. –Used in The Civil War, by Ken Burns

I won’t post the story itself, because I’ll continue to edit and find a literary magazine for it. I’ll wait for judges’ feedback, but that’ll take a month. That’s how long we 500 competitors wait to learn the 80 who advance to the final round. The reason I can’t post it—once I do, I can no longer sell it as an unpublished work. If I’ve tickled your interest, contact me via my “Contact Me” page. I’ll share the URL where you can have a read.

Historical Fiction requires that the reader believe the time period in which the story is set. From terminology I grabbed from a grade-school worksheet to countless web searches, I built the era. Here’s a random sampling of my sources: 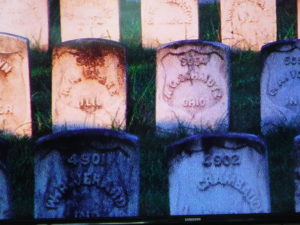 Row after row of graves, tight together. –Used in The Civil War, by Ken Burns

That scratches the surface of my research. The refrain I come back to is this: I spent countless hours on the story, and I don’t care to ever add them up. Hard as the process is, I enjoy it. Even more, I enjoy comments from readers—and during that beta stage, the ideas generous writers share. When the story’s done, the arc looks natural, as if it could be no other way. But look at draft one, and you wonder, “how did the writer get from this piece of sh!t to this draft I’m reading.” Answer: friends, determination, research, talent, and hard work. If you do ask for the URL to read my story, you’ll get to see that first draft. Gulp.

2 Responses to The Luck of the Prompts, NYCM SSC R2