Posted on September 30, 2017 by shariheinrich 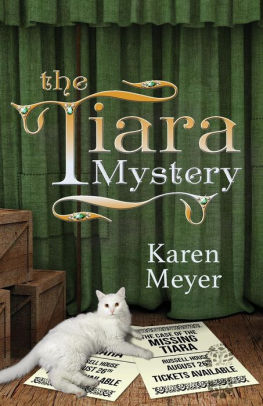 Book Obtained By: Purchased from author after talking with her at the fall 2016 Genoa Township Bicentennial Celebration in Genoa Township, Ohio.

Stolen silver. A crash in the night. What is happening at Russell House?

Claire Russell’s family will be evicted in two months if Papa can’t pay the bank. He says to trust the Lord, but Claire is desperately worried. When her twin brother Reuben writes a play, he and Claire enlist their boarders, their neighbors, and young Orville Wright to act in it. The Countess has so much enthusiasm for her role as the Queen, she even agrees to wear her valuable tiara as a part of her costume. Will the ticket sales be enough to save the family’s Victorian boarding house?

One by one strange things continue to happen until the night of the play, when the biggest catastrophe of all unfolds. When the thief catchers, Claire, Reuben, and Orville, unite to follow the thief’s trail, they face some big surprises. Can Mr. Drummond be trusted? And will Claire ever learn to give her fears to God? 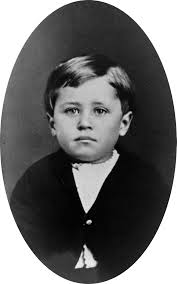 1876 photo of Orville Wright, Public Domain Image from the US Library of Congress

Karen Meyer attended the fall 2016 Genoa Township Bicentennial Celebration. She took a few minutes to talk with me. Since I planned to write a historical fiction YA, I wanted to see how she’d tackled it for middle grade. She has written half a dozen historical books set throughout Ohio—Datyon, Marietta, Chillicothe, and Blue Licks. She also attends schools to give “pioneer days” discussions, dressed as a hardworking woman of the late 1800s.

This Christian story carries a strong theme of the need to give your troubles over to God. Claire, the main character, internalizes her worries. Even when she tries to give them over to God, or to let her parents do the worrying, she can’t help but dig into that trouble and hold it tight. Since her parents board other Dayton residents, the evening meal brings them all together.

Meyer unveils the mysteries one at a time, and makes sure to include Snowball, Claire’s cat, in the strange doings. The kids have their work cut out for them in hosting the play they hope will help them save their family home, but the mysteries tug at them, too. When the house creaks, is it settling, or is someone lurking in the night? It’s enough to set poor Claire on edge. Add in Reuben’s ideas for figuring out who’s stealing their silverware and more, and it’s almost more than Claire can take as the kids take steps to catch the thief. She must find a way to give her cares over to God, though, or she’ll worry herself sick. 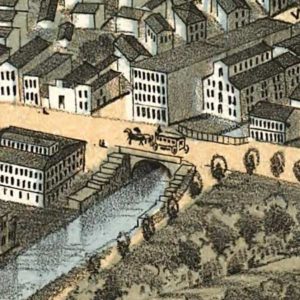 For the most part, the prose flowed in this third-person narrative from Claire’s point of view. The story weaves in elements of older days, like coal deliveries, boarding houses, a young Orville Wright (the famous Dayton inventor), and the foods Mama and the kids cook—cabbage is a staple. For a historical piece, I would have expected more period words to cement that older feeling, but I can’t say any jumped out at me.

Claire’s twin brother, Reuben, plays a strong role in the story, from his writing of the play to the steps he takes to pull it off and his ideas about investigating the mysteries plaguing Russell House. He’s the “courage” of the equation, but it’s Claire’s story. And Claire’s the one who forms connections—whether friendships with kids or adults; with the house she knows as home.

The ending felt rushed—to tie up the last threads, Claire writes a letter to a friend. That seemed odd, because that’s the only place in the book where Meyer uses a letter to tell the story. An Epilogue ends the novel, I think so Meyer can continue the Christian thread of the story. Claire’s storyline doesn’t need it. 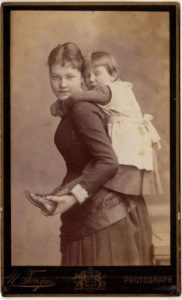 If you enjoy historical fiction, or want to imagine some of the things young Orville Wright did, before he earned his fame, settle in to read The Tiara Mystery.

Have you read The Tiara Mystery? What did you think? Did you guess what was causing all the strange goings on? Do you struggle with faith the way Claire does?